Birthday Traditions From Around The World! - USTAD HOME We’re always on the lookout for novel and over-the-top ways to celebrate birthdays, aren’t we? Well, what about borrowing some of these ideas? You could cover the birthday boy/girl in sticky flour for a day, or pull on their earlobes with sadistic intent until they reach their ankles, or hire an evil clown to torment them throughout a birthday party.

If these ideas seem a tad otherworldly to you, you might be surprised to find out that they are not. They are from this world, and they make up just some the colourfully diverse ways we celebrate birthdays in different parts of the globe – as far as we know, most of it is legal.

In conjunction with our 14th birthday this month, we thought we’d put together a list of strange and wonderful birthday traditions from various parts of the planet. Some may inspire your next big gift idea, some… maybe not so much.

Let’s start on a nice note. Egyptians have a long-held tradition of extravagantly filling out a “birthday room” full of flowers and fruits for the benefit of celebrants. Apparently, this custom goes way back to the time of ancient settlers on the river Nile, and the blossom of flowers and a harvest of fruits symbolises growth and life. Beautiful, meaningful and comparatively safe when you consider other examples on this list. 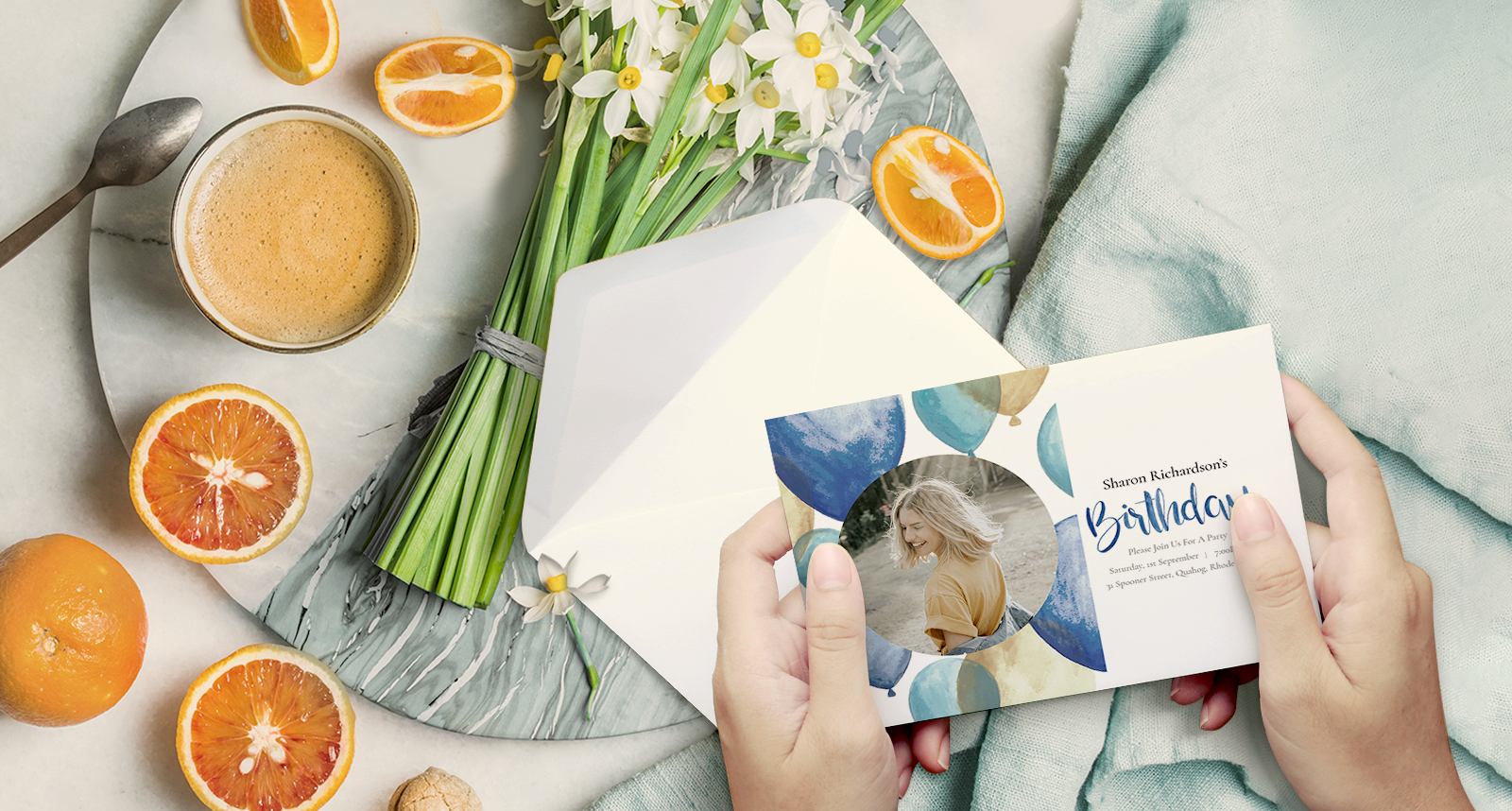 Top off your bouquet or fruit basket with a personalised birthday card.

Staying in the same region, Israelis also have an ancient tradition that involves colourful flowers, which are used alongside a host of other glitzy ornaments to decorate a birthday chair. The celebrant sits on this “throne-for-a-day” while friends and family dance around it to mark the special day. Throughout the event, the birthday boy/girl will likely be force fed with confectionary by doting family members. Watch out for grandma! 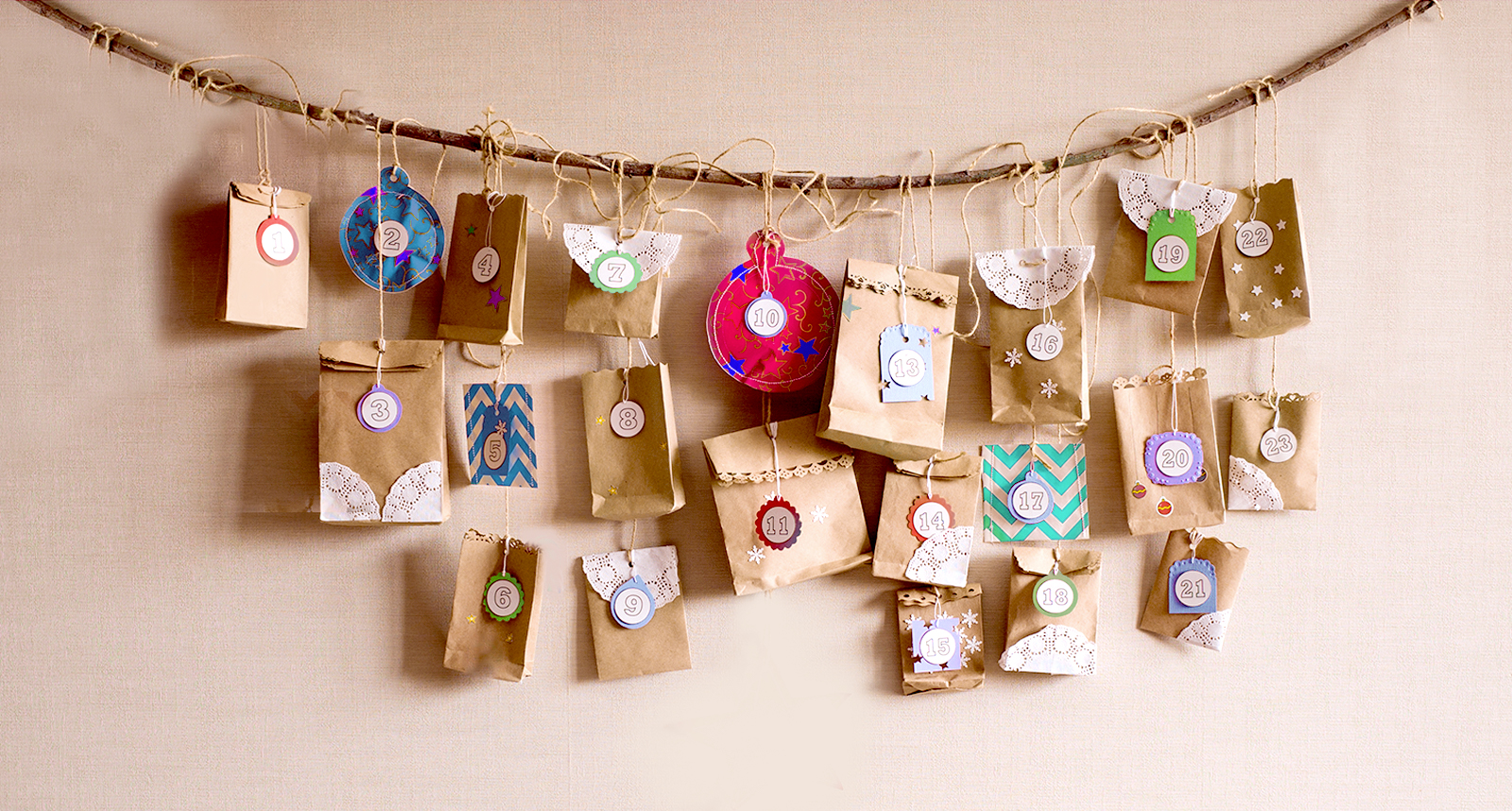 A party pack for everyone!

No, this is not as cheap as it sounds. The Russians actually have a beautiful tradition of celebrating children’s birthdays by making sure every child at the party goes home with a gift. Adults hang gifts on a clothes line and children pluck one off as a party favour during the event. Generally, everyone is happy. 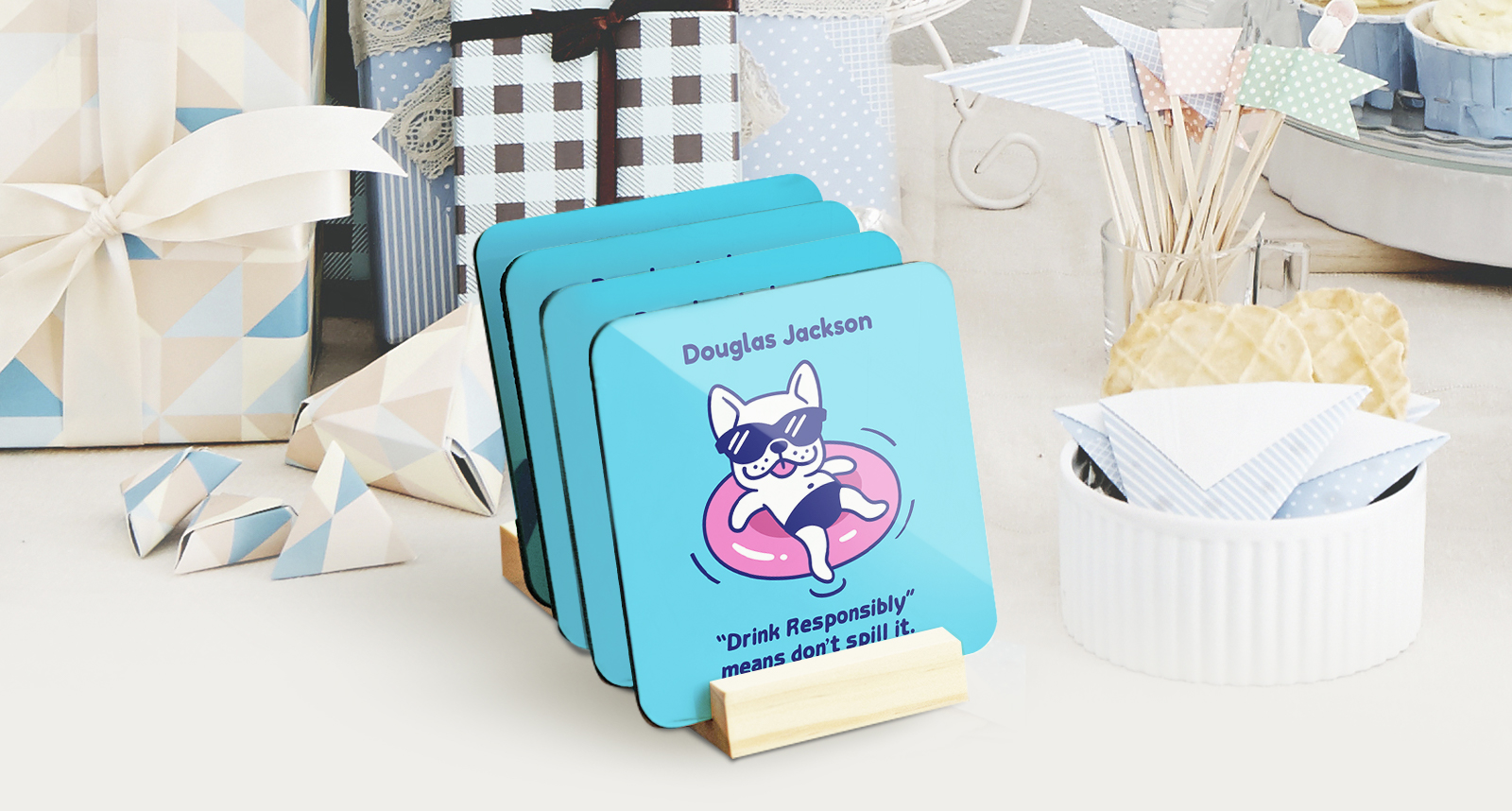 Consider these personalised coasters with a tongue-in-cheek message for your (adult) birthday party favours.

Here is where it starts to get a little painful. Originally a Celtic custom, birthday “head bumps” are still enthusiastically practised Scotland, Ireland, Wales and many parts of England. In its purest form, an individual is turned upside down and their head is bumped on the floor repeatedly until it coincides with their age (the Irish do one extra for luck). Initially, this tradition was reserved for children, but these days, depending who your friends are, many adults continue to suffer this indignity. Derivatives of this hallowed tradition are celebrated today in the United States, Canada and Australia, where the custom has been simplified into “birthday punches” or “birthday kicks”.

In a similar vein, Hungarians have a habit of wishing luck by pulling on earlobes, which means birthdays are synonymous with aching ears. Every birthday, children are customarily harassed by well-wishers who lovingly tug on their ears while singing the words, “may God bless you with a life so long, your ears will touch your ankles”. Isn’t that just lovely? 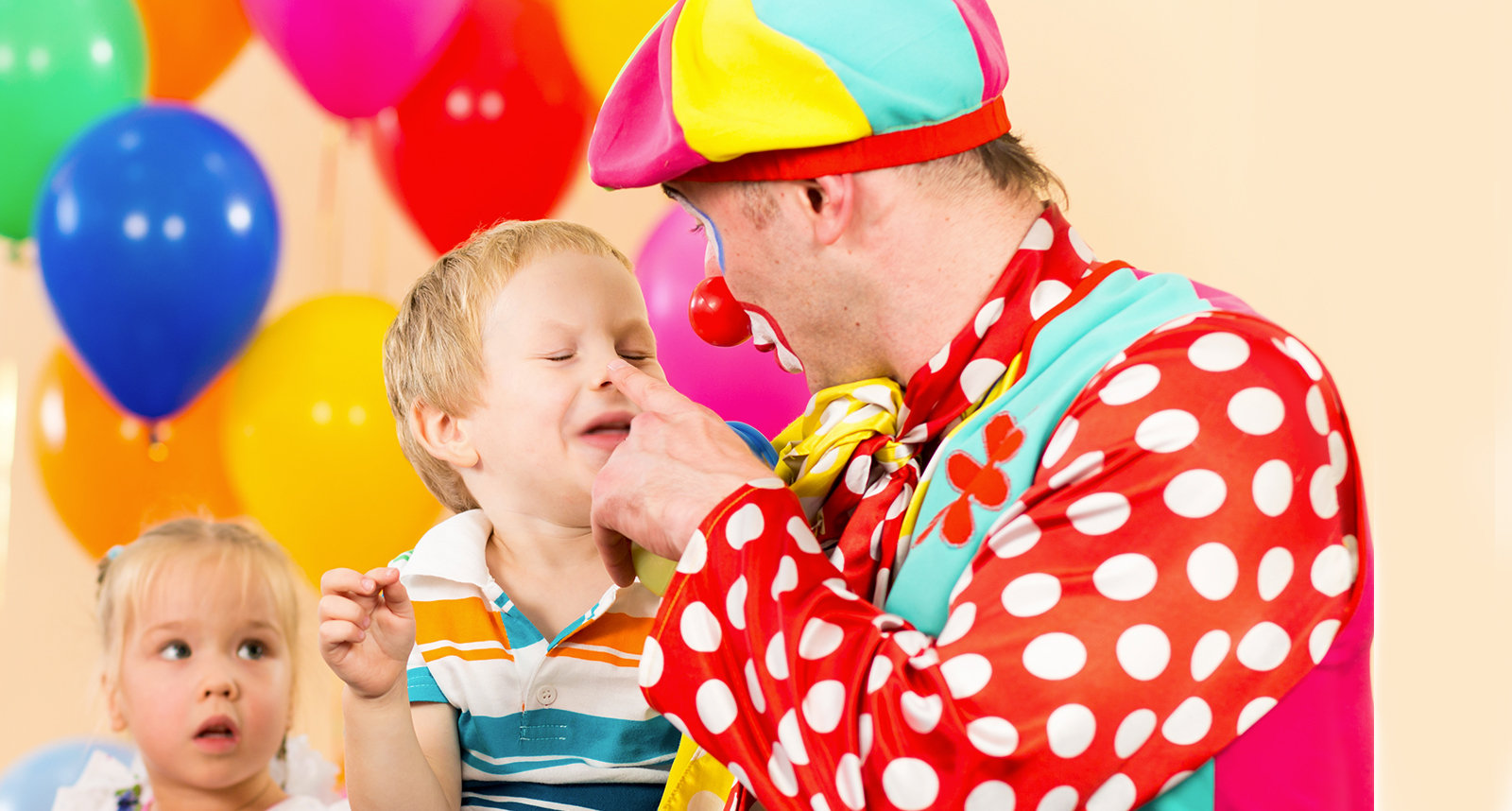 Famous for their cheese, chocolate and their strange sense of humour, the Swiss have a disturbing tradition of hiring an evil clown for birthday parties, with the specific intent of tormenting the birthday child throughout the celebration. Yes, you read that right. The nightmare clown’s job is to stalk, harass and scare the child wherever possible, until it all ends when the clown slaps the birthday boy/girl with a pie in the face. Presumably, guests have a great big laugh about this and everyone goes home feeling warm and fuzzy inside. 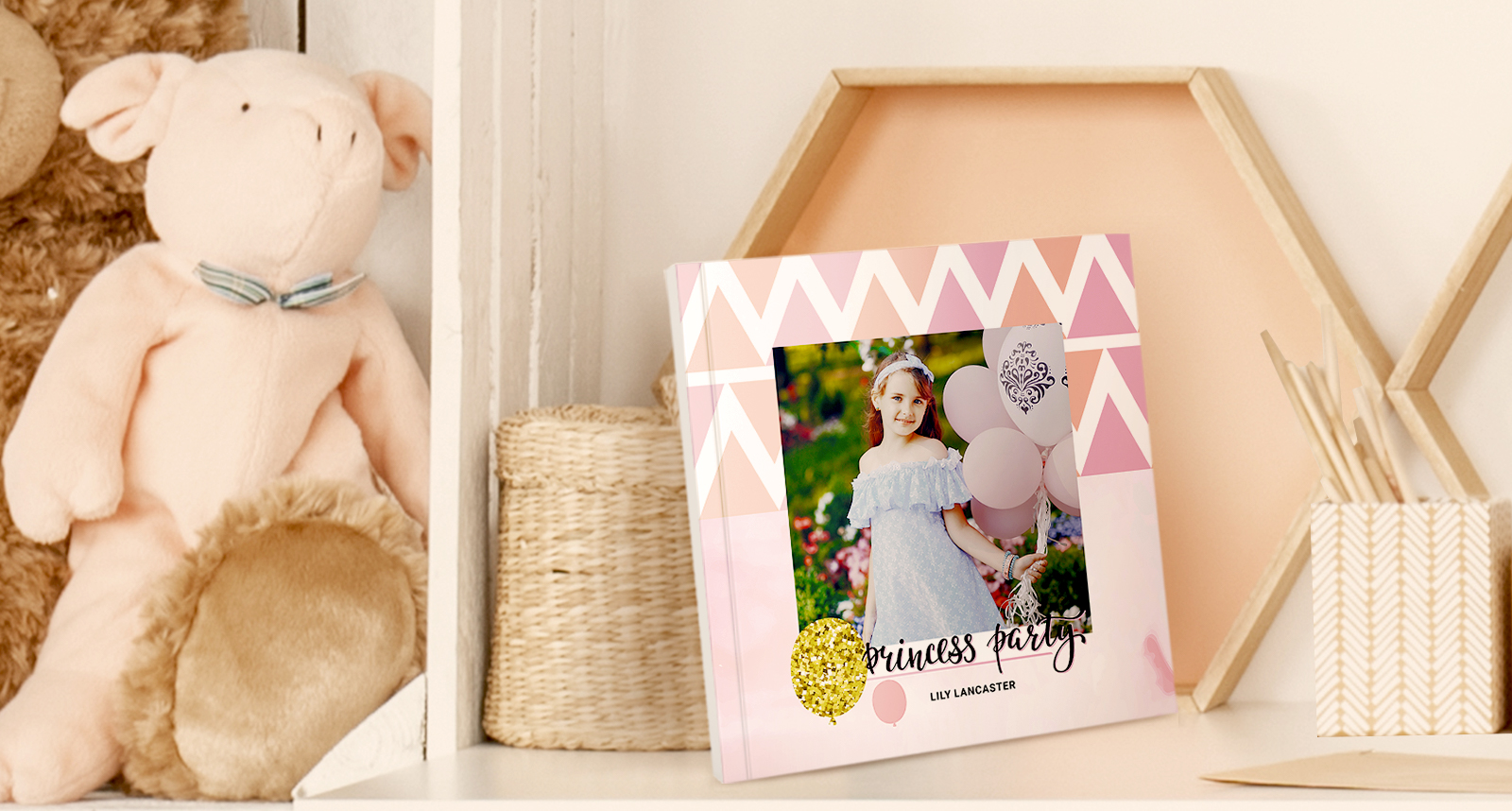 Throw your princess a party she’ll remember fondly and commemorate it with a readily-designed photo book!

In Denmark, birthdays are simply incomplete without ritual decapitation. Fortunately, modern Danes are far removed from their fierce Viking ancestors and this tradition only involves the decapitation of a cake. Eerily, however, cakes take the shape of a man and the head (the best part) is reserved for the birthday celebrant, while the guests share the body. It is probably for the best that the significance of all this has been lost in the annals of time, so nobody feels compelled to explain it to a 3-year-old child.

If you’re a German male, over 30 and unmarried, birthdays start to become a little embarrassing for you. In many parts of Germany, men over 30 are forced to sweep the steps of a local church or the townhall. If this already sounds like an unnecessary chore, imagine doing it while your closest friends and family members hurl fresh rubbish at you. Ironically, all this is meant to help put an end to your single life, because you are putting your cleaning prowess on full display for the neighbourhood to witness. After all, what single woman can resist a man who sweeps well, right? 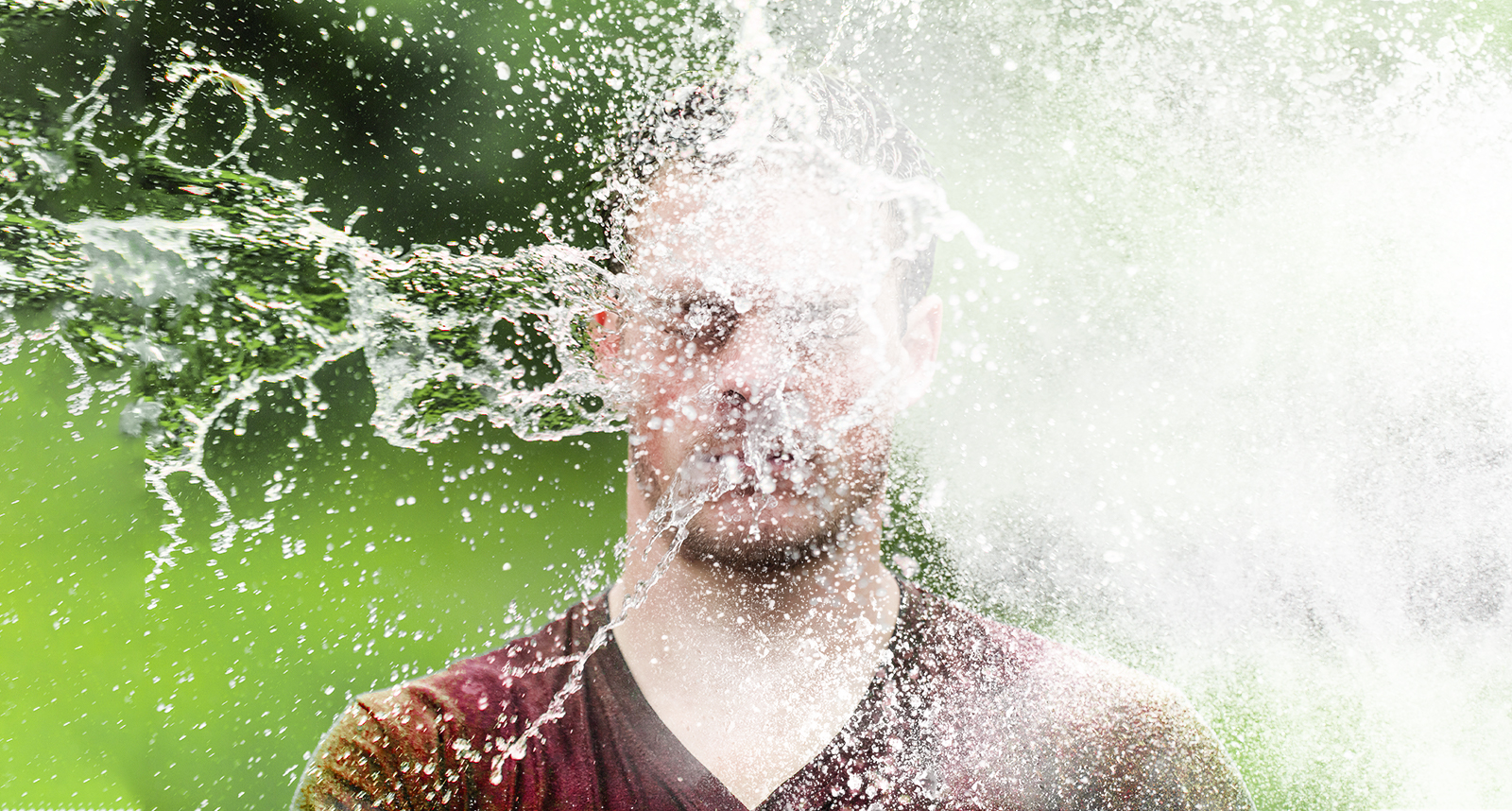 In many of the Caribbean Islands, including Jamaica and The Bahamas, birthdays are celebrated with a surprise. However, this surprise involves being ambushed and doused with water and packets of flour. The water makes the flour extra sticky and harder to deal with, which is the ultimate aim of the exercise. Also, under the hot Caribbean sun, the flour hardens pretty quickly, making you a human cake – all that’s missing now are the candles.

There is nothing really terrifying about this tradition, unless you’re diabetic or an avid weight watcher. Australians have a simple, yet colourful, way of celebrating birthdays by serving a dish of fairy bread. Sometimes taking the modern-day form of rolled up pastries, the truest version of this tradition involves buttered white bread that is over-enthusiastically doused with rainbow sprinkles. If you don’t have a sweet tooth, this may not be a great idea for you. Also remember to never refer to this custom as “Fairy Toast” or “a favourite Australian dessert” – its never toasted, and it is only served on birthdays. They get touchy about stuff like that Down Under.

Comments will be approved before showing up.

How To Hold A Summer Camp At Home

How To Stay Active During The Coronavirus Pandemic

Sign up to get the latest on sales, new releases and more …